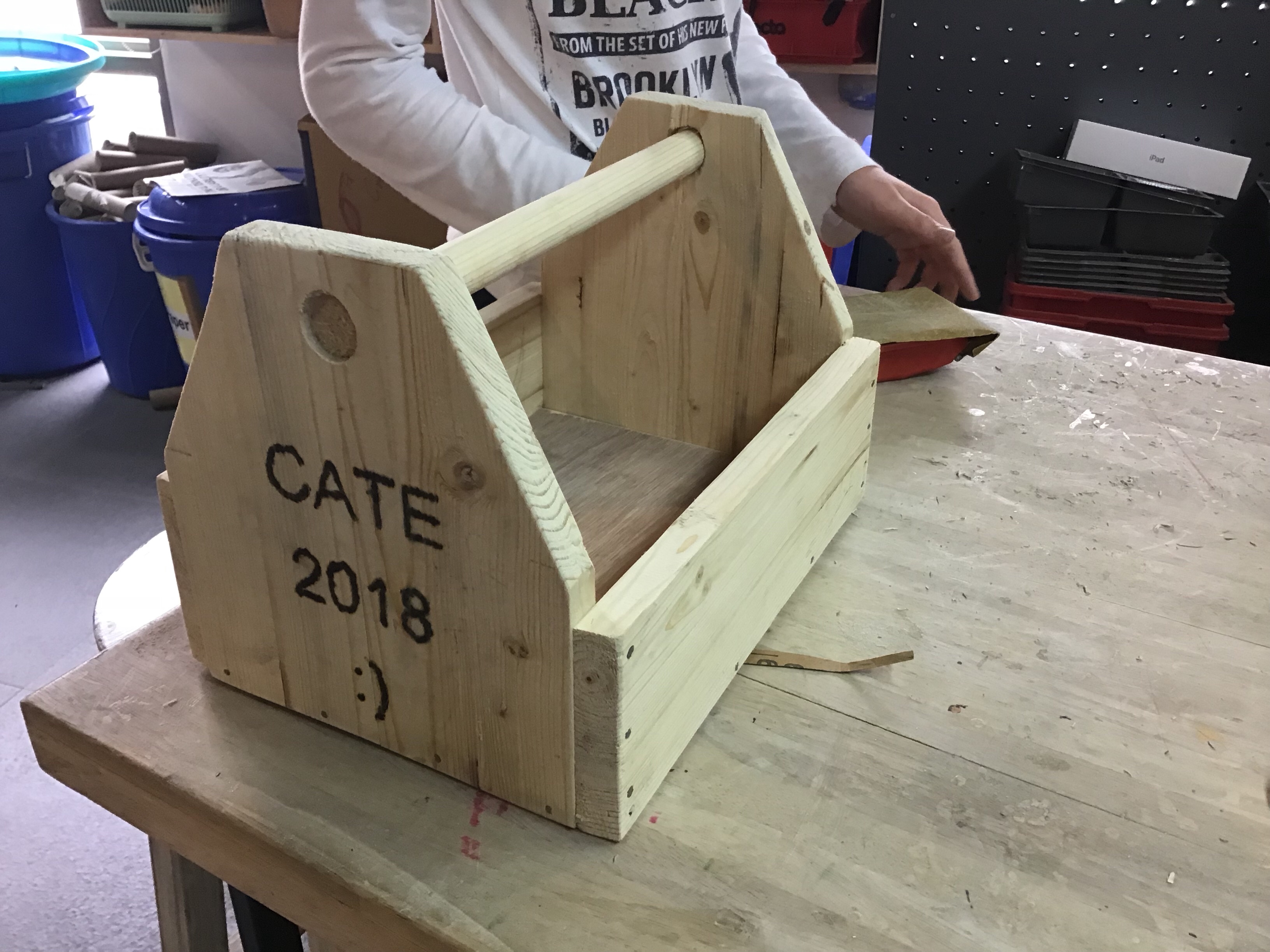 In makerspace we’ve been building a tool box. We had to saw the wood then nail it together then we put our name into the side of the box.

First we had to cut 6 pieces of wood from the plank. We cut 2 long ones for the side and 4 little ones for the end. When I was cutting one of the long ones I cut it half and inch too short but luckily I could just take off some of the end and turn I into a short one.

Then we had to pair up the small ones and glue them together. Then we had to cut off the ends to make a triangle like shape which is what I’m doing in the picture below. 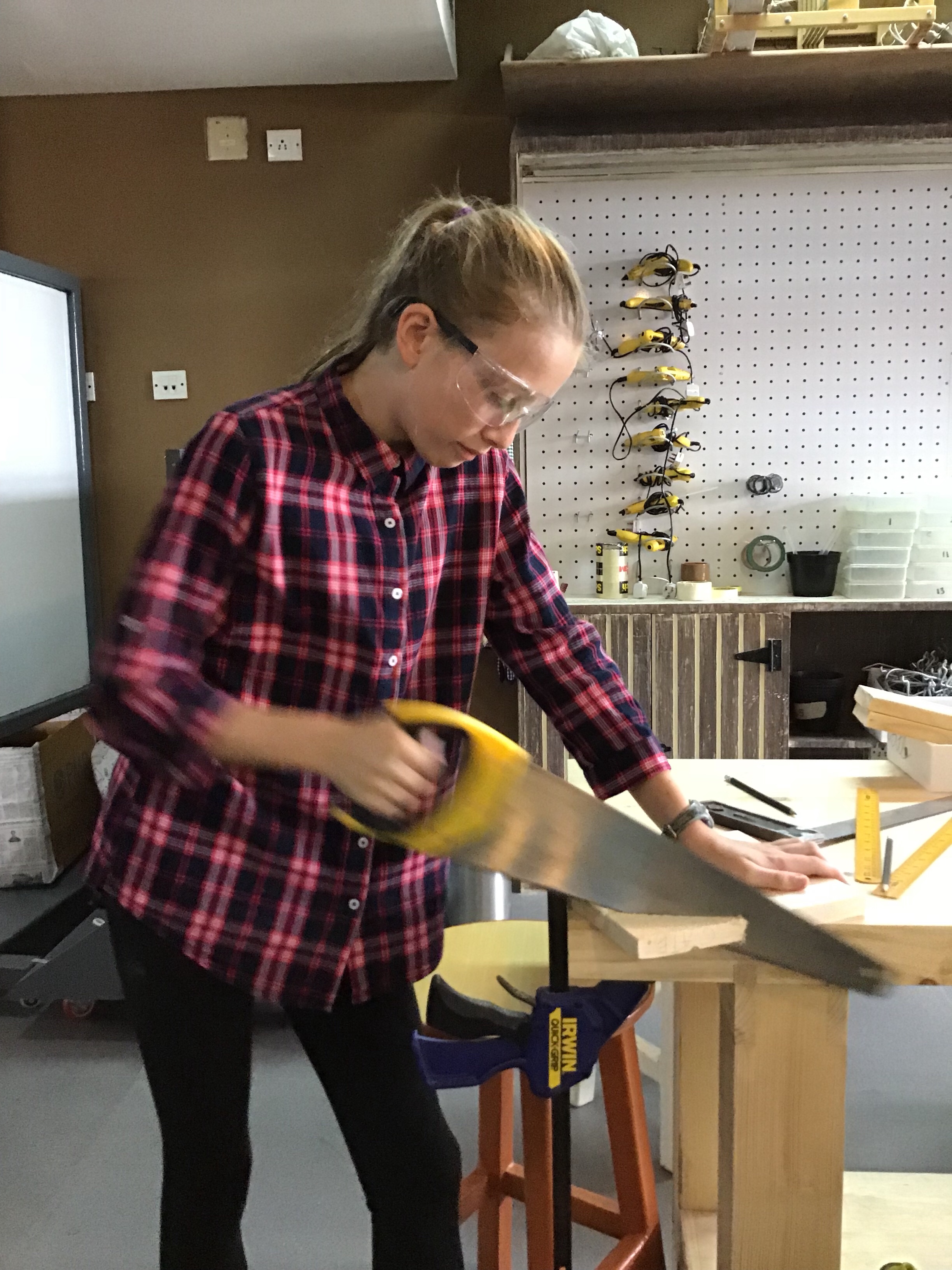 Then we drilled holes so we could stick the dowels in it. That part was he’d because it wouldn’t do it itself you had to apply a lot of pressure on to the drill to get it to go down. But it was alas super cool. For some reason I wasn’t paying attention so I measured the hole on one of them in the wrong place but the other one was in the right place so the holes didn’t align. So I had to align the hole and cut off the excess part. So now my box is shorter than the rest of them.

Next we had to assemble it. The first few times I was using the hammer and nails it was hard to get the hit exactly right. The nail would go diagonally sometimes it just wouldn’t go in. But as it went on it got easier and easier. By the end all I wanted to do was hammer nails.

After I assembled it I got to do the wood burning. So on mine I put my name the year and a happy face. The wood burning as so fun at first it wa kind of weird and a little scary because it was burning right into the toolbox. But after a while I got used to it and it was so cool. 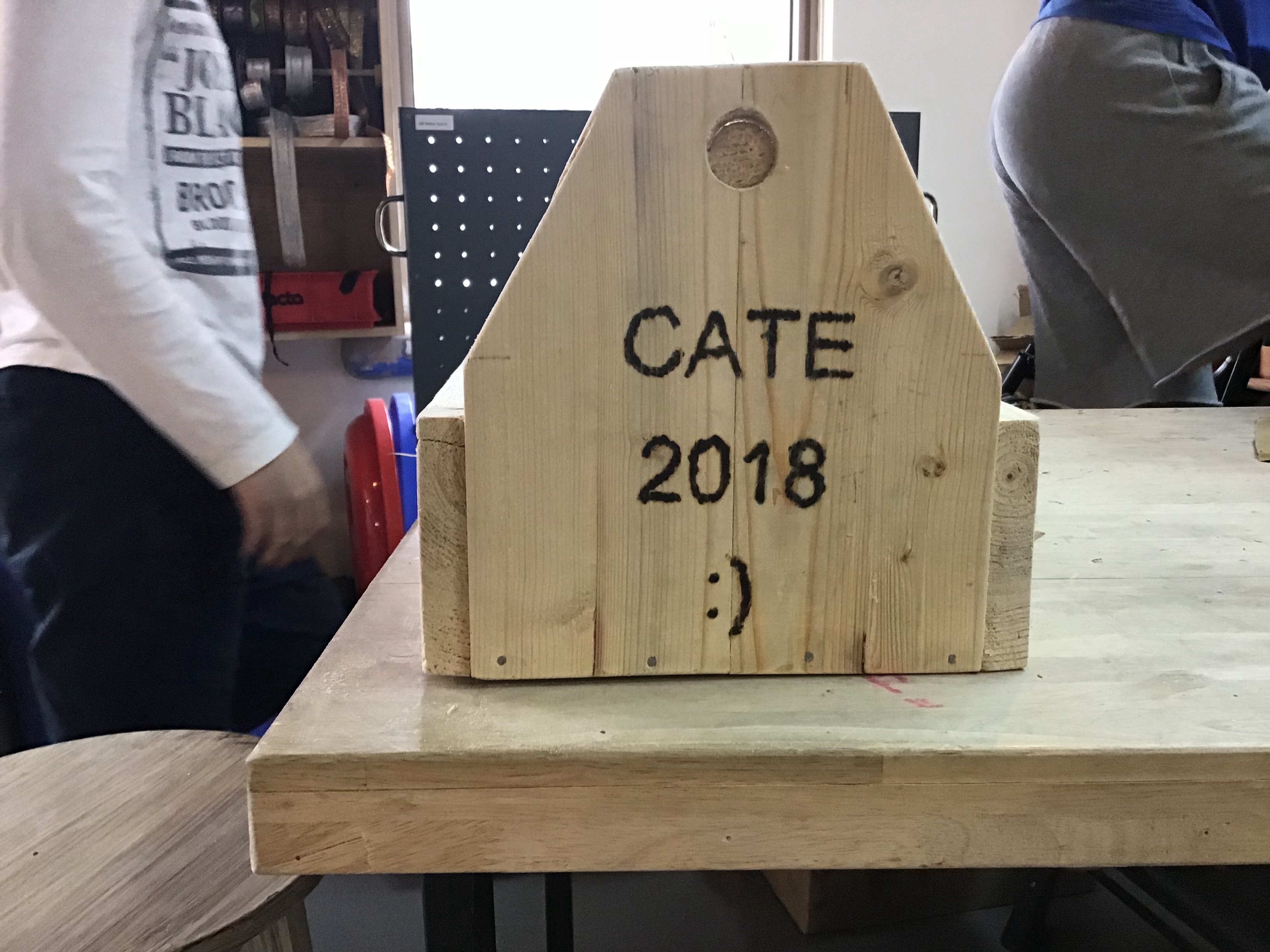 In the end mine toolbox turned out great even though I had some bumps along the old with sawing and measuring. And I had a lot of fun in the process 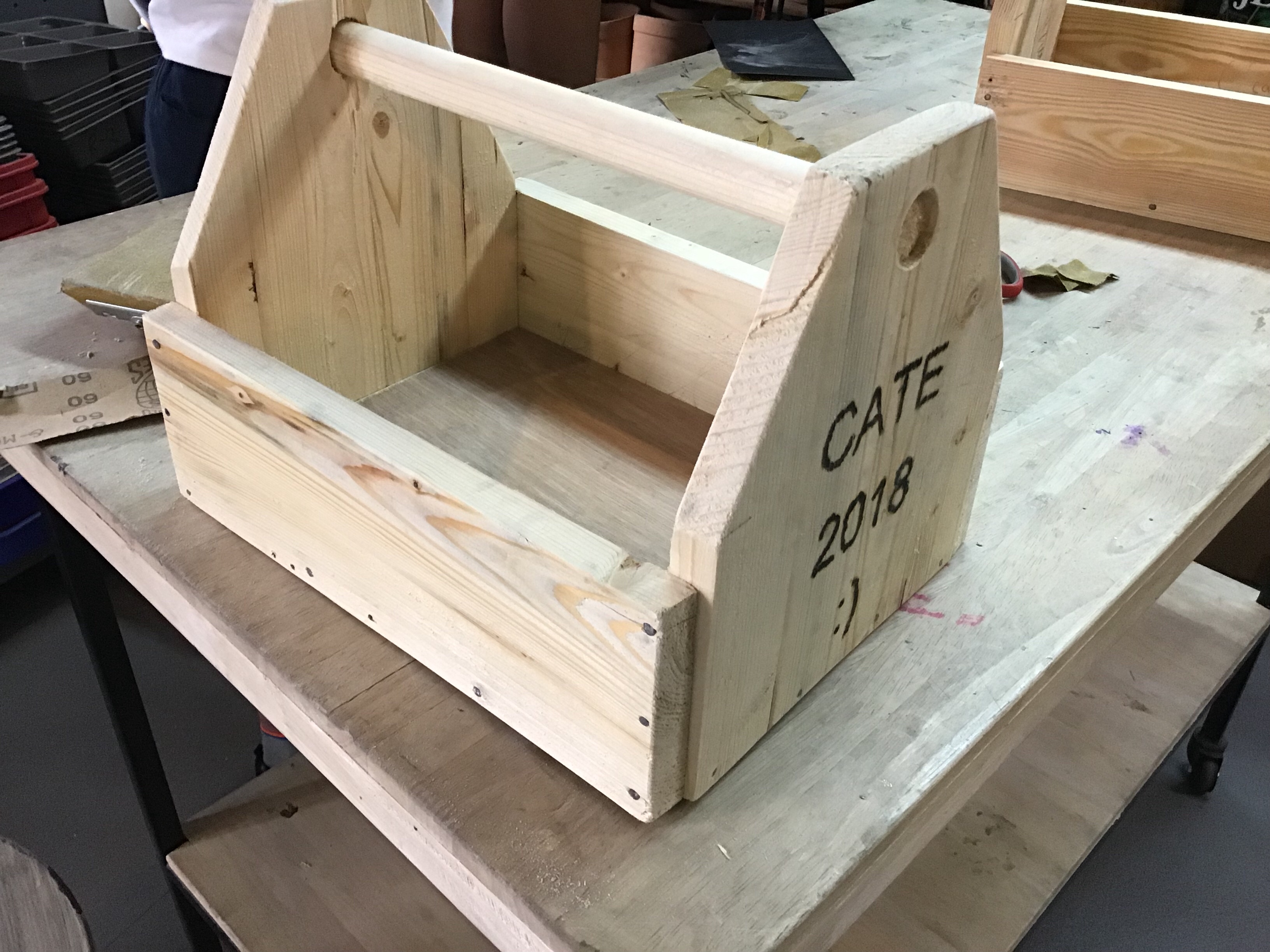 Made by Cate Roper.